Gemma Files shares her favourite reads of 2015 with us here at Speculating Canada along with her brilliant insights about the books she has read:

I read a lot, pretty much constantly, and the sad part is that I all too often forget what I’ve read unless I write it down or write about it, even though it all goes into the garburator that is my creative process. So these things are actually very useful for me—I’m forced to think about what I liked and why, what stuck around longest, what I’m still thinking about, etcetera.

As it turns out, the books I’m (re-)reading at the moment are all non-fiction. Two are old, and for research—Harold Schechter’s gleefully trashy Fatal: The Poisonous Life of a Female Serial Killer and Jean Plaidy’s A Triptych of Poisoners, a book I’ve owned since I was thirteen—and two are new, for fun, about one of my all-time favourite subjects (The Canadian Horror Film: Terror of the Soul, edited by Gina Freitag and Andre Loiselle) and one of my all-time favourite movies (Canadian Cinema’s spotlight on John Paisz’s Crime Wave, a film so fascinatingly obscure you can’t even find it on DVD, as unpacked by Jonathan Ball). 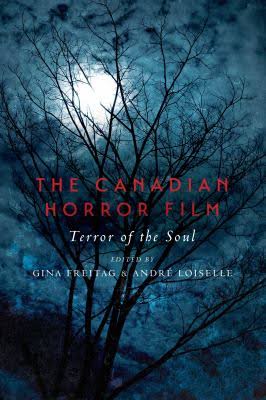 In terms of novels I read this year, meanwhile, I’ll start with something I came to very late but enjoyed the unholy hell out of nonetheless. That’d be Clifford Jackman’s The Winter Family, a hell-bent Western that revolves around Civil War veteran turned “Dandy Killer” Augustus Winter, who evolves from an uneducated, abused child turned soldier first into a complicatedly deadly mechanism fit for little but killing, then a creature of almost unspeakable ravenous purity—the barely humanized avatar of whatever cosmic self-destructive force drives people throughout history to hurt each other for no good reason and feed on the pain that hurt creates. The prose is gorgeous and horrifying and blackly, bleakly funny throughout, Cormac McCarthy by way of Quentin Tarantino; I bought it and devoured in a single day, then spent the weekend re-reading it over and over. There’s a reason it was nominated for a  Governor General’s Award, is all I’m saying. 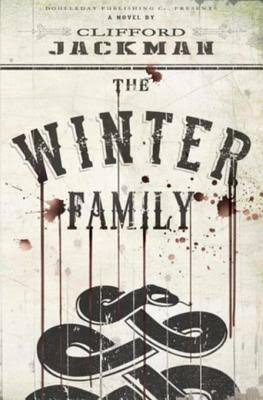 One of my backbone pleasures is the fact that powerhouse Irish author John Connolly somehow manages to come out with a Charlie Parker novel almost every other year, and thankfully, 2015 was no exception to the rule. This time, in A Song of Shadows, Parker—a Maine PI with truly horrifying bad luck/homme fatale constantly surrounded by similarly fatal people, who may also be (according to Enochian apocrypha) the vile body currently inhabited by the one fallen angel to ever regret his choice to rise against God—is recovering from his last wrestling match with evil, which left him partly crippled and almost dead. Nevertheless, he still can’t manage to stay out of trouble, or at least out of proximity with other people’s troubles. As ever, this is a fast, engrossing read, every word chosen for both maximum impact and deep-set creepiness. (This year also brought me Night Music: Nocturnes II, Connolly’s second collection of short horror stories, which is equally enjoyable.) 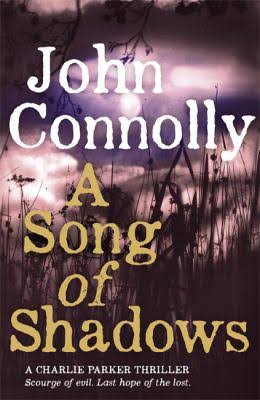 As always, various friends of mine came out with amazing stuff, some through my own publisher: three ChiZine Publications titles I’d like to highlight here are Lauren B. Davis’s Against a Darkening Sky, which plays like a dark, low-rent mirror of Nicola Griffith’s Hild; Rio Youers’s frankly excoriating Point Hollow and Kenneth Mark Hoover’s Quarternity, the bloodily existential prequel to his Weird West tour de force Haxan. From other sources, Signal to Noise—Silvia Garcia-Moreno’s rightly acclaimed first novel—follows three 1980s Mexican teenagers who come of age while experimenting with a very peculiar sort of witchcraft, channeling their loves and hates through music’s totemic medium, while Amanda Downum’s rich, strange and startlingly poetic Dreams of Shreds and Tatters replants Robert Chamber’s King in Yellow mythos to the raincoast artistic scene of Vancouver, where creativity pushed to its limits opens doors to a terrifyingly inspirational parallel universe, releasing a plague of ecstatic madness that’s at first spread only oneirically, yet gradually grows to infect and threaten the entire waking world. 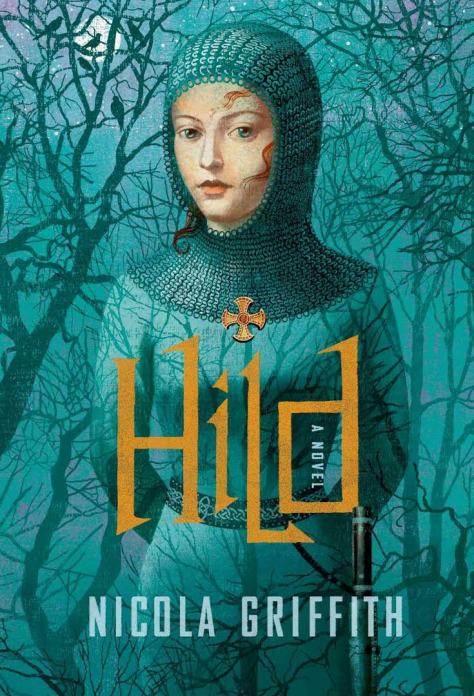 And then there’s Paul Tremblay, who—like Helen Marshall—is rapidly becoming yet another person whose brilliant brains I yearn to eat. With A Head Full of Ghosts, Tremblay manages to create a true Shirley Jackson-esque thriller for the 21st century, a multimedia commentary on the surreal truthiness of “reality” entertainment filtered through horror culture and tropes to create a story that can be potentially read from almost any direction. I don’t want to go too deep into it for fear of spoiling your fun, but the nested testimonial structure builds a psychological puzzle-box that’ll have you questioning every character’s motivation by the book’s climax; it’s a sweet trip through unreliable narrator city, and Tremblay makes for one hell of a tour guide. 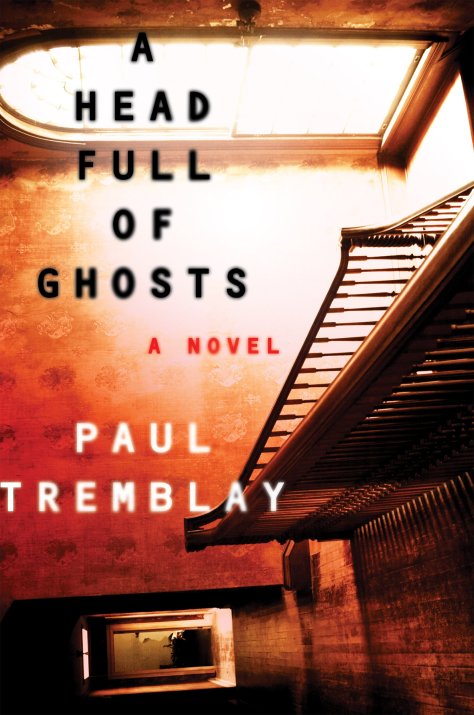 2015 also brought the end of a few series I’ve been following for years, and none of them disapointed. At the top of the list has to be Carsten Stroud’s The Reckoning, “the thrilling conclusion to the Niceille Trilogy”…but seriously, if you haven’t checked these books out yet, then do, stat. I once described them to a friend as a happy collision between Peter Straub and Elmore Leonard, and that continues to hold true; the characters are tough, eccentric and utterly human, the mythology rich, odd and essentially American in a way that mines all the darkest veins of racism and violence inherent in that country’s willfully forgotten history (along with our own, sadly). 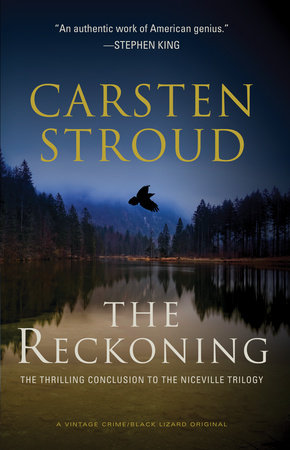 On a completely different note, meanwhile, Cherry Bomb brings Caitlin R. Kiernan (writing as Kathleen Tierney)’s hilariously foul-mouthed deconstruction of the received paranormal romance paradigm to a suitably slammin’ conclusion. Her protagonist, Quinn, started out as a monster-slayer but became something considerably more after being bitten by both a vampire and a werewolf; she’s then reduced to making her quote-quote “living” settling disputes in Massachusetts’ supernatural underworld, where she spends most of her time drinking, screwing a laundry-list of bad news dames and tearing her enemies apart limb from limb. My verdict: while all the installments are worth your while, this one reaches epic depths of punk Lovecraftiana, so check it out. 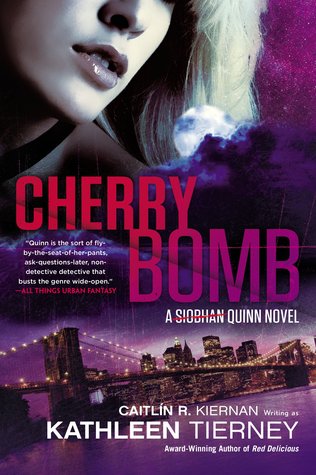 I also spent some time catching up on Ben Aaronovitch’s wonderful Rivers of London series, best described as a mash-up of Neil Gaiman and J.K. Rowling, whose multiracial protagonist treats magic like a science while dealing with various locus genii on behalf of the London Metropolitan Police Service. Simultaneously, I acquired and read the last three Marla Mason books, by Tim Pratt—Grim Tides, Bride of Death and Lady of Misrule—in which our favourite brute force-o-mancer deals with the literally world-rocking consequences of her total own inability to lose gracefully, which have already cost her most of her friends and control of “her” city, the tiny industrial hamlet of Felport, California. Both series are consistently addictive, rewarding, surprising and amusing, just like I like ’em. 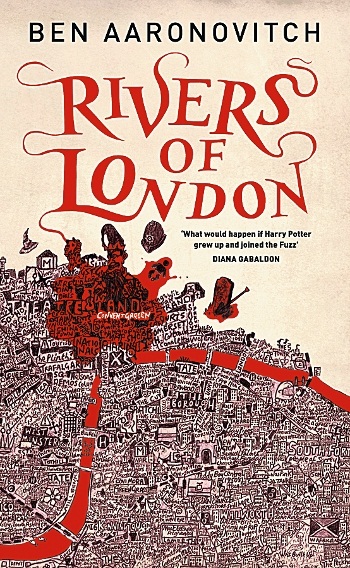 My brain is beginning to grind to a halt, so here are some more picks, from those who want ’em: Clockworks and Alpha & Omega, graphic novel collections from IDW, finally bring Joe Hill and Gabriel Rodriguez’s epic, heartwarmingly horrifying Locke & Key series to its climax. They deliver on every possible basis. 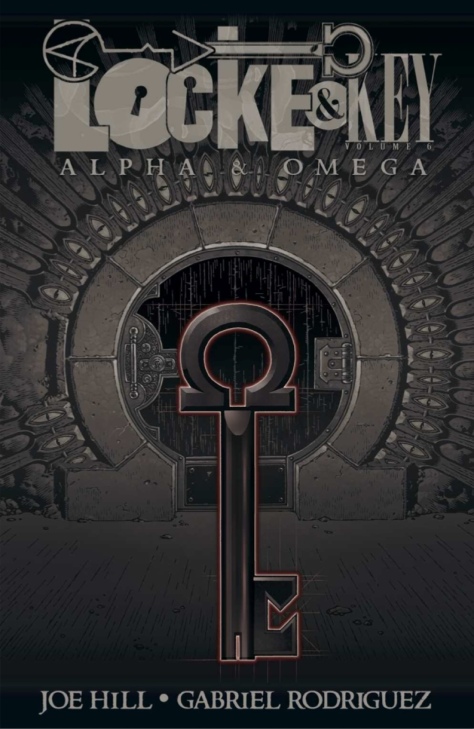 A Daughter of No Nation by Alyx Delalmonica, second in her Stormwrack series, which provides portal fantasy with a difference. In this installment, Sophie Hansa gets to know her literally swashbuckling, potentially psychopathic birth-Dad, and surprises those around her by applying basic CSI/scientific principles to criminal investigations conducted in a world where magic is just another recognized part of the ecosystem. 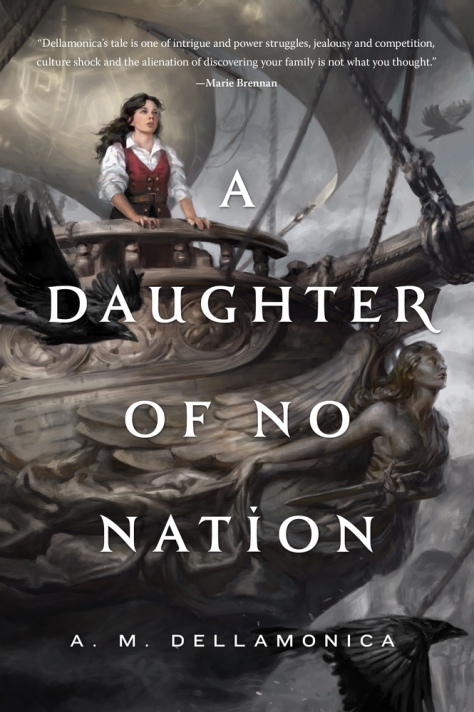 Lagoon, by Nnedi Okorafor, is a fascinatingly raucous and inventive first contact story set in Lagos, Nigeria. While juggling a cast that includes shapeshifting aliens, marine biologists, hardcore Baptists and globally popular rap artists, Okorafor does things you don’t expect in almost every chapter, including telling one from the POV of a spider and another from the POV of a road. 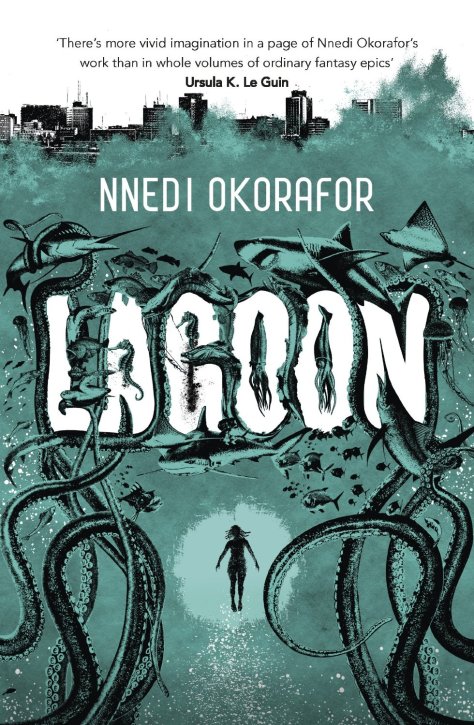 The Devil’s Ark, by Stephen Bywater, hits all my old-school horror buttons—it’s set immediately after World War I, and follows the excavation of an archaeological site which may contain either a shrine to or the tomb of Lilith, Adam’s legendary first wife, supposedly worshiped in ancient Mesopotamia as a blood-sucking night-goddess. Similarly transportative is Jonathan Aycliffe’s The Sound of Ghosts, a genteelly pitch-black ghost story set during World War II that quickly grows M.R. Jamesian resonances. 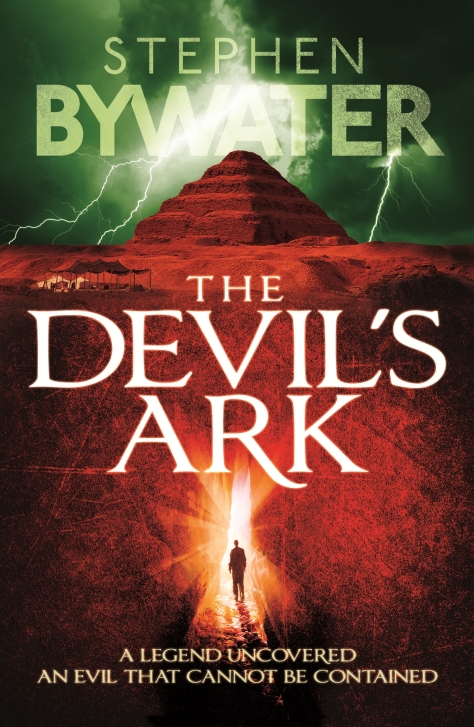 The Glittering World, by Robert Levy, is a startlingly dark first novel whose protagonist returns to New Brunswick to investigate the childhood he can’t remember, thus submerging himself and his friends in a sinister mystery involving some of the least Disney-friendly fairies ever. In Christopher Buehlman’s The Lesser Dead, meanwhile, Buehlman—another of my current favourite writers—applies his trope-deconstructionist’s eye to the problem of vampires, conjuring a vicious generational power-struggle set against the funky/gritty backdrop of 1970s New York. And in The Damned, by Andrew Pyper, a man haunted by the malign ghost of his dead twin sister finds out first-hand that hell apparently looks a lot like downtown Detroit. 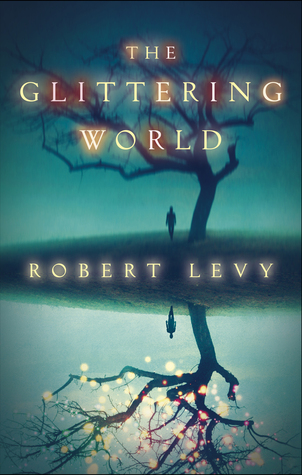 Finally, even if you haven’t read her brilliantly weird epistolary thriller The Three (which you really should’ve, so fix that), I’ll put in an equally high recommendation for Sarah Lotz’s Day Four, a side-quel to the same story that’s more than qualified to stand on its own, though it does plug some of the original’s lacunae. It’s like Lost as written by J.G. Ballard, a haunting vision of a potential future terrible enough to infect the present and taint the past; great stuff, if that’s the kind of stuff you like. Which I obviously do.;)

Thank you Gemma Files for the brilliant discussion of some fantastic books.