In The Shadows Of Giants

A review of Liz Westbrook-Trenholm’s “White Rose, Red Thorns” in Over The Rainbow: Folk and Fairy Tales From The Margins (Exile, 2018). 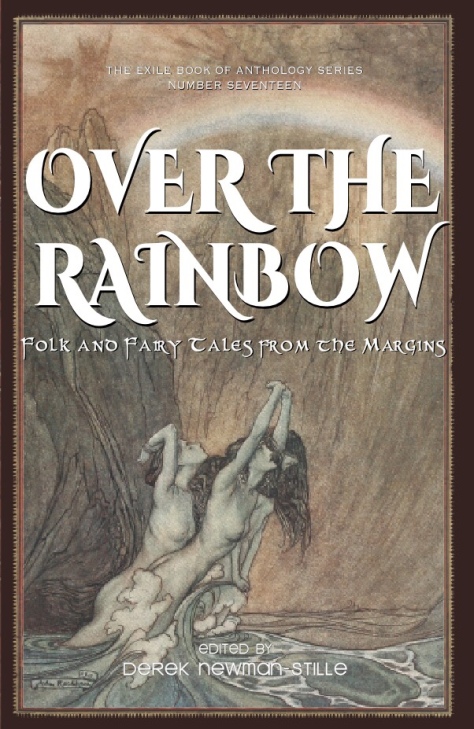 Liz Westbrook-Trenholm intertwines multiple fairy tales in her story “White Rose, Red Thorns” while giving complexity to the characters involved. She tells a tale of a giant’s tiny human caretaker and a young thief named Jack who looks far too much like her former lover, Snow, though with male features instead of female.

The giant’s caretaker finds herself trapped between the cruel world of giants in the clouds and the cruel world of humanity below, at home in neither space and always having to hide who she is. Westbrook-Trenholm reminds readers that older women often have to hide their power in order to not be considered threatening for having it, and the giant’s caretaker has to use cunning to make herself seem weaker and more insignificant than she is.

Westbrook-Trenholm tells a tale of loss, mourning, and hiding, but also reveals the hope that can come from letting go of secrets and embracing who you are. “White Rose, Red Thorns” is a beautiful mix of fairy tales, combined in a way that exposes the magical thread that runs through them.

To discover more about Over The Rainbow, go to https://overtherainbowfairytale.wordpress.com and to get your own copy, visit Exile’s website at https://www.exileeditions.com/shop/over-the-rainbow-folk-and-fairy-tales-from-the-margins/