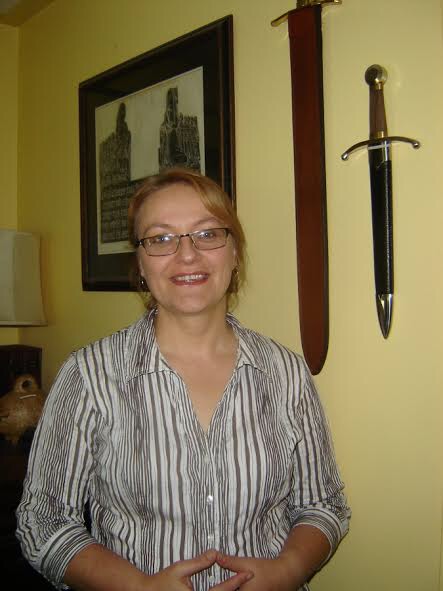 I want to thank Tanya Huff for once again providing a brilliant and insightful essay. This time Tanya talks about writing queerly, an important question in LGBT writing and speculating about the topic of queerness. Here is her fantastic reflection:

Given my age, as far as I know, there was nothing resembling queer culture in Kingston while I was growing up and even if there would have been, I wouldn’t have been one of the queer kids, I’d have been one of the geek kids. Plus, I was already an outlier as far as the other teenagers were concerned: I had no parents, I’d moved around from family to family to family and was currently living with my grandparents — by grade twelve I was living on my own — and in a collegiate and vocational school where the vocational kids outnumbered the collegiate kids about ten to one, I was one of the top ten of the collegiate kids. The school was working class almost exclusively and no one had time for questions of sexuality since most of us had a couple of jobs as well as school work. I had to think for myself as I didn’t have the security to allow social norms to think for me.

It was probably the late seventies/early eighties by the time I acted on my attraction to women as well as men and that came through fandom.

I’m not even sure what a queer book would be. A book with queer characters? Then all of mine. (except possibly the first two, but I wrote them thirty years ago and haven’t read them for a while and I once forgot I’d used death as a character so you can’t actually take my word for that) A book that deals with queerness as social struggle or culture? Then none of mine. As a personal discovery? Then one of mine. Ish.

The identity that shapes my writing would be self sufficiency. In all but one case, the sexuality of my characters is secondary to the needs of the story. That one case is, of course, The Fire’s Stone, the only one of my books where the sexuality of the character is an issue — and all of my books have variable sexualities because I have variable sexuality — and which is my coming out book. Well, technically, it’s Aaron’s coming out book. Everyone in the queer community has one — why wouldn’t they? Self discovery is always big. Write it, write it well, and move on. And use the coming out to support the story or the story to support the coming out but don’t leave either dangling all on its own.
If you don’t have to identify as a small furry creature from Alpha Centauri to write about small furry creatures from Alpha Centauri then you don’t have to identify as queer to write queer characters. Imagination plus empathy plus skill. Talent helps but discipline trumps talent in the long run every time. Do your research. Put yourself in the shoes of every one of your characters. And the greatest of these is empathy. And when you’re writing about personal experience, you’re not writing a biography — unless you are — you’re writing about how you connect to the universal — to love, to hate, to truth, to sacrifice, to fear, to joy. How you identify along the broad spectrum of human sexuality is only one of the lenses you look at the universal through.

There’s nothing wrong with a girl gets boy ending as long as that’s not the only ending we ever get. And it’s not, not any more. If you’re reading for the relationship, there are enough romance books out there with alternative relationship endings,if you’re reading for the story there are enough endings where the relationships are just another part of the mosaic; you never have to read another boy gets girl again if you don’t want to. Which, by the way, I always read as girl gets boy. According to studies done in the US and UK some years ago — please don’t make me look up the citation, I have no idea where my notes are — heterosexual women read more than any other social/cultural group — why wouldn’t there be more books out there that make them happy? They’re the ones spending the money.

Media is another matter. We can’t even get the Black Widow and AD Hill having a conversation let alone a cuddle. And the amount of money spent is directly proportional to how conservative the people spending it are going to be. Someday we’ll get a big budget, science fiction, action, tent pole movie where the Captain America equivalent ends up with the Winter Soldier equivalent because non queer people will have learned to see themselves in every relationship, not just the ones with a direct correlation to their own, but today is not that day. Change is constant; work to make sure that the narrow minded don’t control that change.

Remember that creating is about making a “you-shaped door” for your audience. Some people bash big holes in the narrative so anyone can fit through, some people make holes so specific that only a few will fit. If you write one way, own it. If you write the other, own that. Acknowledge that the way you write could limit your audience and realize that if we all wrote the same thing the same way it’d either be a pretty boring or a pretty exclusive world. There is absolutely nothing wrong with choosing to fill a niche and everything wrong with being forced into it while yelling, ““Montresor! For the love of God!!” as the last brick goes up. Kick the wall down.

The world has looked through the lens of the hetro-normative culture for a long time. How do queer writers get the world to take a chance on looking through our lenses? Write a good book. Write sympathetic three dimensional characters of all kinds who support the plot. Worry less about isms and more about storytelling. Work to evoke an emotional response. Recognise that if you’re out on the edge of the dominate culture there won’t be too many people out on the edge with you. That’s what the edge is about. Work to keep moving the edge further out. Ad Astra…

A spectacular readinf list from Corey Redekop perfectly timed for all of those boxing day sales!! Thank you Corey for this brilliant description of your best of books for 2015! It looks like i have a LOT of books to add to my reading list!

There are three things I keep in mind when making such lists: 1) I arguably read too many books, and inarguably am not terribly discerning. 2) I fully realize the inherent subjective flexibility of such lists; tomorrow this list could be completely different. 3) There is nothing more dispiriting then cutting books out of a list.

I’m going to cheat a bit and provide a baker’s dozen of taste treats. I’ll present alphabetically by author and leave the choice of “best” up to you. And yes, I’m cheating even more by adding more than one book per author. Sue me.

• Baker’s tale of the personal assistant to H.P. Lovecraft evokes the cosmic weirdness of Lovecraft’s work while keeping the story fully rooted in the real. The result is both tremendously spooky and a remarkably moving treatise on the lonely art of writing.

• I picked up Battershill’s debut novel on a whim, but within ten pages I knew I had discovered something special. Battershill’s crime yarn of a boxer caught up in the wild gangster machinations of a famous French surrealist really shouldn’t work on any level, but succeeds on them all. 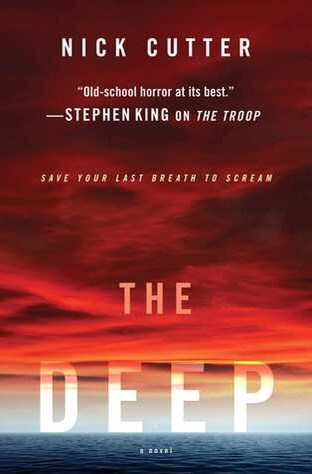 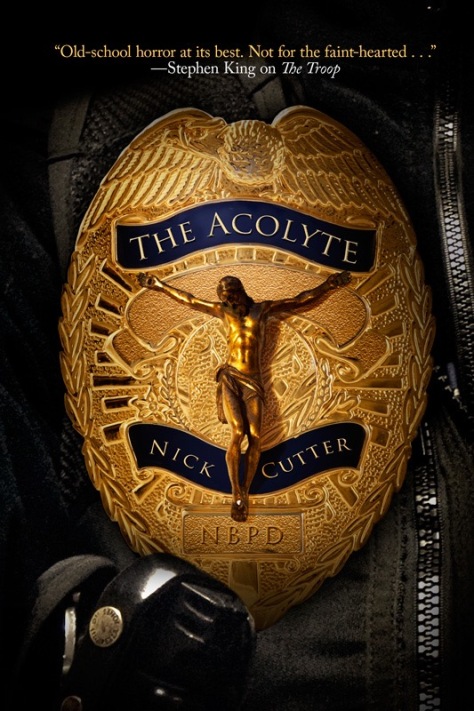 • Cutter released two markedly different books in 2015. The Deep’s tale of scientists trapped in a deep-sea laboratory is a claustrophobic nightmare, evoking Michael Crichton’s scientific mumbo-jumbo and Stephen King’s depth of character. The Acolyte is a dystopian detective fiction set in a militaristic theocracy that is equal parts Raymond Chandler and Fahrenheit 451. Both terrified me to the core, for markedly differing reasons.

• The flat-out most enjoyably fun novel I read this year. De Castell mixes the swashbuckling exploits of The Three Musketeers with dashes of fantastical magic and gritty dialogue, resulting in an adventure novel that never stops moving and leaves you wanting more. 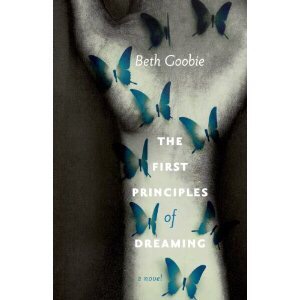 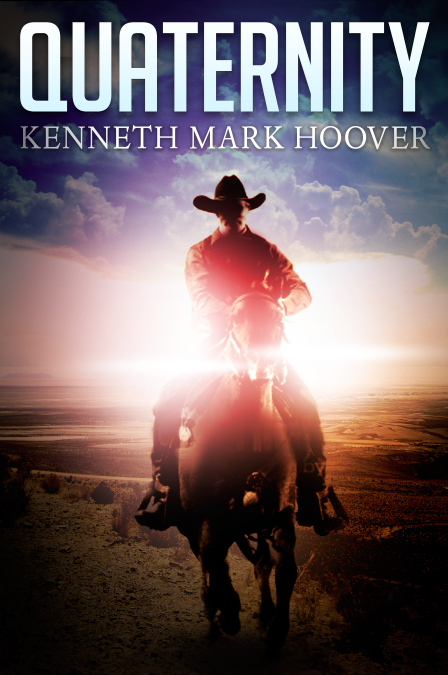 • I’m hardly a western aficionado, but these two books in Hoover’s John Marwood series instantly rank among my favourites of the genre. Grisly, horrific, intensely personal, and plaited with blood-soaked threads of magic realism, these violent yarns of a man’s hopeless search for redemption are simultaneously unpleasant and impossible to put down. 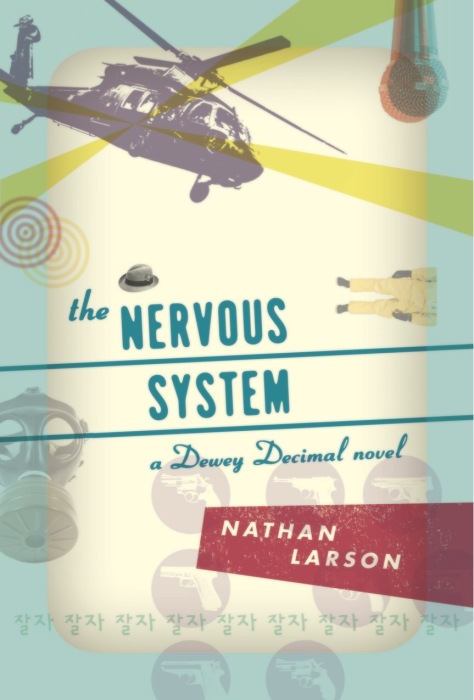 • Being a librarian, how could I not read a novel called The Dewey Decimal System? Larson’s blisteringly odd series of an obsessive-compulsive bagman caught up in conspiracies galore in a post-terrorism New York is damned fun, Dashiell Hammett filtered through Chuck Palahniuk (when he was good).

• Unlike everything else on this list, there’s no overt weirdness present in Nawaz’s gentle narrative, only the lovely, sad story of two sisters growing up Sikh in Montreal. Nawaz captures the minutiae of sisterly relationships like few others I’ve read, admittedly a short list but why damn such a fine novel with faint praise? This is a winner through and through. 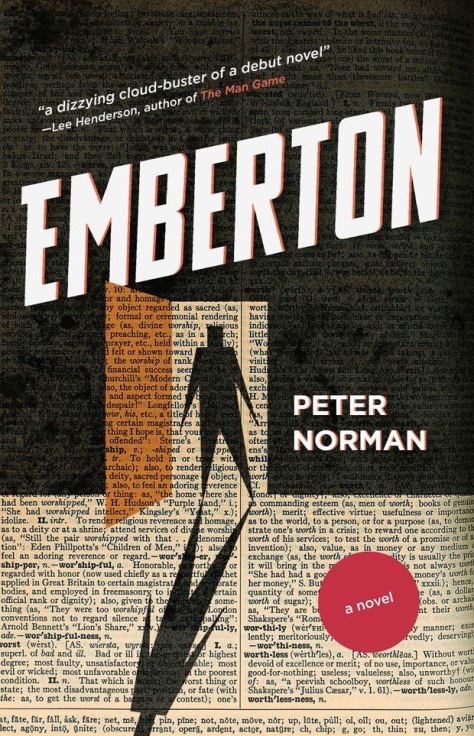 • Back to weirdness. The adventures of a strangely illiterate man working for the dystopic Emberton Dictionary, Norman’s gothic novel careens back and forth from office satire to tangled mystery-thriller to epic Lovecraftian horror, all the while working as a meta-examination of the intricacies of language. It’s breathtakingly original, and hits all my sweet spots.

• After the ant rebellion, evolved members of the animal kingdom take up arms against humanity. Through the war and its aftermath, housecat turned hero Mort(e) searches for his one true friend, a dog named Sheba. I have an inexplicable love of anthropomorphic fiction, and Mort(e) more than earns an honoured place on my shelves next to William Kotzwinkle’s The Bear Went Over the Mountain, Tim Davys’ Amberville, and Clifford Chase’s Winkie.

• After all the awards and accolades, there’s nothing I can add about Mandel’s wonderful work. Following a troupe of artists after the fall of mankind, Station Eleven has earned its fame. Damn this is good.

• If you’re not reading Lavie Tidhar, shame on you. Equaling his superb work in Osama and The Violent Century, A Man Lies Dreaming is at once a crazed detective story (starring a certain German dictator) and a devastating Holocaust novel. There’s no reason for any of this to work, and I’d fear to read any lesser author taking on such a challenge. But Tidhar simply kills it.
Now that that’s done, let’s look at what didn’t make my list.

Sadly, I had to disqualify: The Exile Book of New Canadian Noir (2015, Exile) and Licence Expired: The Unauthorized James Bond (2015, ChiZine)

• If it weren’t that I am a contributor to both, I‘d have gladly placed them near the top; both gifted me with some of the best short fictions I’ve read in years.

• New Canadian Noir is laden with dazzling stories that demolish preconceived notions of “noir” and expand the concept into fantasy, sci-fi, and horror. All the stories are outstanding, but Keith Cadieux’s “Donner Parties” and Dale L. Sproule’s “Nunavut Thunderfuck” are personal faves. 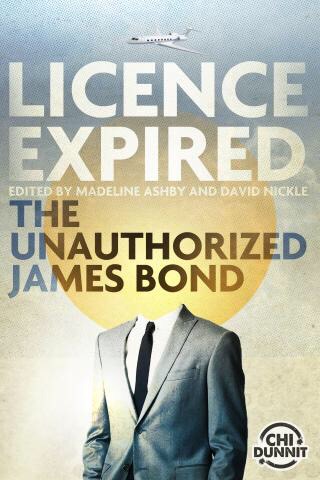 • Licence Expired similarly plays with expectations, resurrecting the literary roots of Ian Fleming’s superspy in utterly surprising ways. Robert J. Wiersema’s “The Gale of the World,” Ian Roger’s “Two Graves” and A.M. Dellamonica’s “Through Your Eyes Only” are my standouts in a crowded field of excellence.

And finally, another baker’s dozen, this one of superior runner-ups, any of which could be dropped into the above list with no loss in quality:

Now go read something, will you?