O, wonder! How many goodly creatures are there here!

A review of Kate Story’s This Insubstantial Pageant (ChiZine Publications, 2017) 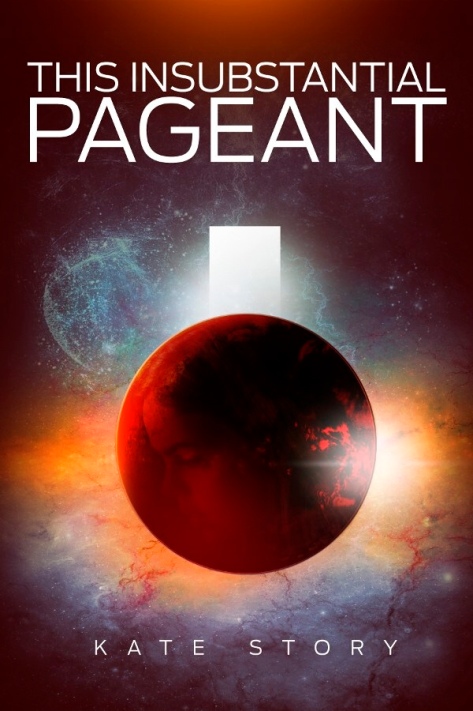 A fan of both Shakespeare and science fiction, Kate Story remaps the Bard’s play The Tempest onto the stars, exploring the otherworldly potential of the tale by placing it on another planet in a distant future. Frequently, Shakespearian adaptations situate the Bard’s tales in the past or in a slightly altered present, but Story imagines the potential for Shakespeare’s works to take to the stars, exploring the adaptability of his plays and their ability to speak to a fundamental human nature.

The Tempest is a tale set on an island and the stars represent a powerful space for imagining isolation and insularity. This Insubstantial Pageant is able to examine a fundamentally alien environment by setting the tale on a distant planet and therefore captures the sense of alienness that Shakespeare’s island narrative was able to do – exploring a space where there are different customs, different bodies, and experiences that challenge human centrality. Kate Story’s planet is one that is primarily filled with plant life and occupied by a group of sentient plants.

This Insubstantial Pageant reimagines the themes of Shakespeare’s play to explore modern issues that are linked to notions of futurity, shifting family and political alliances to corporate ones, exploring a world of corporate power. Instead of magic as the Pandora’s box that Prospero opens, Prosperina opens the doors of genetic experimentation, altering genomes and biologically changing the inhabitants of this distant planet so that they can interact with humanity. Rather than monsters being created through an otherworldly magic, in This Insubstantial Pageant, monsters are created through contamination by human genetic material, revealing that (unlike in Shakespeare’s story) it is not the Other that we should fear… but, rather, the human. We are the ones that contaminate. She expands on the alien quality of Caliban by transforming him into an actual alien Kaleeban… but his aggression, his ‘savageness’ is not through his lack of Western cultural influences as in Shakespeare’s tale, but rather it is because of his human elements, because he has been made to be more like us.

Kate Story disrupts some of the colonial qualities of Shakespeare’s tale by not creating a meeting of civilization and barbarity, but instead noting that humans carry both with them and observing the damage that our colonization can do. It is Prosperina’s genetic altering of the planet she occupies, an act done to reshape a world to fit her needs, that is ultimately her downfall.

To discover more about the work of Kate Story, visit http://www.katestory.com

To discover more about This Insubstantial Pageant, visit ChiZine Publications’ website at https://chizinepub.com/this-insubstantial-pageant/