Speculating Canada grew out of my current research for my PhD in Canadian Studies at Trent University. My research is focussed on exploring the representation of disability in Canadian speculative fiction, and, in particular, looks at the way monstrous protagonists in Canadian urban dark fantasy are often written in a way that suggests the experience of people with disabilities in Canada. For example, monstrous protagonists, like people with disabilities, are often described in urban dark fantasy as experiencing barriers to employment, the need to pass as normative bodied, differences in senses, dealing with bodily difference, the medicalised body, etc.

Speculating Canada is sort of a combination of a number of different things that were important to me like making Canadian speculative fiction (SF) more known, showing my love of the genre, discussing Canadian speculative fiction as a tool for learning and opening up new questions and ideas, and making scholarly work accessible to the public. Often academic work is written in a way that excludes the public and makes it inaccessible. So, on Speculating Canada, I try to combine reviews of Canadian SF with a little bit of literary analysis. I do this to recognise the intelligence and depth that readers of SF have, and to allow them to critically think about the work they are reading and experiencing.

I also try to show the ability of SF to question things, to open different social norms up to speculation. SF has an incredible ability to push boundaries, help people move out of their comfort zone, and challenge pre-conceptions that our society doesn’t often challenge. SF has a fantastic capacity to link up with higher education in its ability to open everything to discussion and constantly ask the question “why?”.

I do regular author interviews on Speculating Canada, and I think I do something a little different with my interviews. I see a lot of websites that ask authors questions about writing: Why did you get into writing? What is it like to be an author? etc. So, I thought I would do something a little different and ask authors about what kinds of questions they are hoping to raise with their literature and give them a forum for discussing the big issues of today and how they manifest themselves in literature. Authors are often really keenly aware people who have an incredible grasp of social situations and issues around them and SF authors, focussed on the future, on the darker side of things, or on other worlds of possibility, often are looking into things that the majority of our society ignores or leaves unquestioned. I like to allow authors to really express these insights and show the ability of SF to question “the normal” (an invented category, itself).

I see speculative fiction as a medium that can bring attention to social issues around us, and possibly give voice to people and ideas that are often under-represented. SF is often referred to as the “literature of change”, and it has a lot of potential to become this, but a lot of people who are writing SF are still recycling current stereotypes and treating them as though they are inherently natural rather than socially created. One can see this in the stereotypical treatment of people of colour, people with disabilities, and in the treatment of gender and sexuality. A lot of things still remain unchallenged and I see SF as playing a huge role in opening up some new ideas and challenging some things that have been unchallenged for too long. Canadian SF is already starting to bring attention to social issues and social questions and I hope to see more of those questions being asked as time goes on.

Several fantastic Canadian authors are bringing attention to and challenging social issues like Claude Lalumiere, Michael Rowe, Gemma Files, Karl Schroeder, and Silvia Moreno-Garcia (a small sampling of the numerous authors who are using SF as a medium of change). When interviewing authors for Speculating Canada, I have really seen how keenly aware and interested they are in social issues and in promoting ideas of diversity, social and environmental justice, and challenging ideas that limit us as a society. SF can really become a medium of change and help society to ask itself the tough questions that will lead to deeper awareness and hopefully help us promote a more diverse, inclusive, society.

Speculating Canada came out of many of the interests I mentioned above, but it also came from an unusual personal circumstance. I have been experiencing health issues for the past few years that have, among other things, affected my memory. I began taking more extensive notes on the Canadian SF that I was reading (for me, there is no such thing as JUST reading for fun – reading for fun and reading for research happen together and I always have a bit of a critical analytical perspective when I read). It occurred to me that I could take those notes and share them with people to try to encourage people to read more Canadian SF and to make people aware that they can be doing critical analyses of Canadian SF on their own.  So, my recent memory disability was an inspiration for the creation of Speculating Canada.

Jace Valchek is an FBI officer and a forensic scientist. She is used to things following understandable rules and used to having a strict moral code: no grey areas. 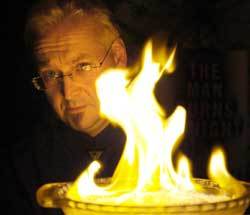 When she is tossed into a world where the population is made up of 37% vampires, 43% werewolves, and 19% golems and humanity represents less than 1% of the population, she is forced to question the taken-for-granted notions she used to have, and enter into an ambiguous space where nothing is the same.

Vampires, werewolves, and golems are incapable of having mental illness, so, when a serial killer starts torturing and killing them, they need someone who has a bit of experience with mental illness, and they choose a forensic psychologist from an entirely human world. D D Barant’s Dying Bites explores what it is like to move from a position of privilege in a world that mostly caters to you and your body type to a world that is entirely foreign and that casts you as a minority, an abject outsider, a victim of hate crimes, and, potentially food. Jace is surrounded by manipulation, lied to by government officials and confronted with a group that could be freedom fighters or could be terrorists. Her firm view of right and wrong is called into question when she is part of the minority that the “terrorists” are advocating for.

Jace has to adapt to a world that doesn’t belong to her, whose structures and customs are not just foreign to her, but also excluding. In order to gain some degree of respect, she must wear perfume that allows her to pass as a werewolf (at least until the full moon comes around). She encounters tremendous amounts of racism from the society, where “pure blood” werewolves and vampires are trying to pass laws that deny humanity any rights and render them essentially cattle. She encounters human enthusiasts – people from supernatural races who have an interest in the un-supernatural and collectors of comics about human beings (the ‘underheroes’) and their amazing ability to still accomplish things while lacking so much. She is perpetually surrounded by reminders that she is a minority living in a world that is not built for her. And, as a vegetarian in a world of predators, she also learns what it is like to be a minority that may be an appetizer.

D D Barant portrays a world that diverged from our own in the 12th century when our world invented guns and theirs began the widespread use of the golem (a figure from Jewish mythology made of animated clay). Many of the events of their world are similar, but with nuances that separate them from our own. Bram Stoker existed in this world, but instead of writing about vampires, he was out killing them. Jace finds herself stranded in this world of monsters living everyday lives, but her faith in ideas of right and wrong and the law are called into question as she discovers government conspiracies, genocide, and secret projects. Dying Bites is only book one of The Bloodhound Files and already the world has been shaken.

You can explore more about D D Barant and his series The Bloodhound Files on his website at http://ddbarant.com/ .