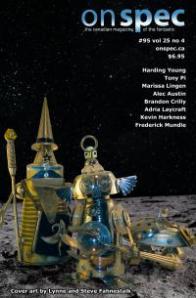 The world looks very different after you are dead, particularly if you wake up in the body of a Marotte, a fool’s staff. From Lord Conjuror to the toy of the court’s fool, Vod is able to gain a new experience and way of looking at the world and his court when death causes his change of office.Set up as part of a political intrigue, Vod is better suited to carry out an investigation of the court when he is linked to the largely ignored fool. There is a benefit in being treated as a joke in that no one expects you to actually be challenge the expectations of the court.As a fool’s marotte, Vod learns more about the court, about himself, and about notions of selfless, self-sacrificing love. He is able to discover that the court fool, Cherchenko, far from being  foolish, is complex, intelligent, and completely in love with him. Constrained by social position and the homophobic culture in which he is embedded, Cherchenko was forced to keep his love for Vod secret, burying his affections until Vod has become a spirit, disembodied and distanced from his rank and any cultural expectations around sexuality. He is able to be more free and open with a spirit than he had been with the man.  Cherchebko’s love for Vod literally called him back from the grave, summoning him forth into Vod’s wand, stolen and disguised as the fool’s marotte.Toni Pi explores the role of the fool as a social outsider, like most social Others, both invisible (ignored and disregarded) and hypervisible, constantly noticed for his Otherness. Cherchenko uses his status as someone who is disregarded to engage in political intrigue, knowing that he won’t be taken seriously or viewed as a political player, but that invisibility also meant that Vod, while alive, ignored the fool, disregarding him as all of the others did. It is only in Vod’s new position as ghost, without his body and status and everything that lets him disregard those on the fringes that he is able to really see into the fringes, to see the relationships that exist outside of his previous sphere of attention.To read more about OnSpec, visit their website athttp://www.onspec.ca/To discover more about the works of Toni Pi, visit his website at http://www.writertopia.com/profiles/TonyPi