For those of you who watch the Canadian SF show Sanctuary, have you ever noticed that the actor who plays Nikola Tesla (Jonathon Young) looks nothing like Tesla himself?… This is not unusual in television portrayals of historical figures. HOWEVER, the really odd thing is that the man who plays James Watson on the SAME SHOW (Peter Wingfield) looks ALMOST IDENTICAL to the historical Nikola Tesla.

Here is an image of Sanctuary’s Nikola Tesla character (played by Jonathon Young): 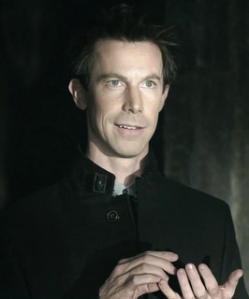 Here is an image of the historical Nikola Tesla:

AND here is an image of Sanctuary’s James Watson (played by Peter Wingfield):

This boggles my mind. Why not have Peter Wingfield play Nikola Tesla? The resemblance is remarkable.

I probably wouldn’t have noticed the similarity if it weren’t for my weird obsession with Nikola Tesla. And since Sanctuary had a vampiric Nikola Tesla, it certainly caught my attention!

If you are not familiar with the Canadian television series Sanctuary, you can find out more at http://sanctuaryforall.com/ . Sanctuary is about a group that creates a safe space for the supernatural races, a monster reserve  if you will.