I have been reading a lot of teen lit recently and thinking about the representation of girls in literature, particularly teen lit written by middle aged men. One of the things that I keep noticing is that the representation of girls is often continuing to be enmeshed in tropes and assumptions about girls rather than recognizing the complexities of the teen female experience. It amazes me how many middle aged people (and men in particular) tend to write out their assumptions about how their daughters think about the world. 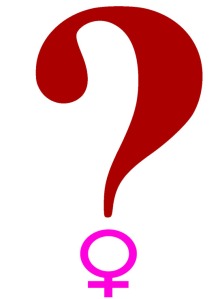 A lot of teen lit tends to very accurately capture the voice of a middle aged adult’s opinions about teens… and very little about the actual teen’s experience of the world or the things she would consider to be important or evocative. Far too often, I have encountered male authors writing girls either as “this is what I thought of girls in high school” or “these are how I think my daughters encounter the world around them.” I have seen this particularly in the “um-like-ya-know” voice that authors often ascribe to teens… which both represents the snippets of conversation that they think they are hearing and the little tidbits of memory that they have from when they were teens (abstracted by age and years away from the teen experience and therefore turned into trifles).

Teen girls are complete characters, not just tropes that reflect our own assumptions about them. They are complex, have diverse motivations… they are HUMAN. They are not symbols of a changing world, icons of the deterioration of responsibility, or catty voices of a generation in trouble. So, when we see things like the “ugh-I-wish-I-could-talk-on-the-phone-all-day” or the “gosh-its-great-to-have-no-responsibilities” voices, we should recognise that these are tokenising teen experience and embodying the voices of adults who are speaking from a position of privilege rather than encompassing teen experiences.

I have focused here on girls rather than boys because the representation of male teens doesn’t tend to have as many problems (though there are still issues with the portrayal of male teens as not-particularly-bookish and more-action-oriented, as well as being stuck in the trope of how-do-I-become-a-man… which often devalues the complexity of their experience and tends to encourage male readers to ignore any aspect of their personality that is not within society’s view of masculine), but girls are still written about as shallow, needy, and incomplete, particularly when they are written about by male authors who tend to make assumptions about what girls are thinking that are more based on their own sexist, ageist way of viewing the world than they are revelatory of the teen experience. This is frustrating both from a social justice perspective as well as from the perspective of a reader who likes characters who are not one-dimensional. When authors write teens that are merely icons of social assumptions about femininity and youth, the story suffers as much as society does from the misrepresentation of girls and the continuity of the oppression of the teen female voice.